The Advantages of Doing Business in Spain

If you’re thinking about picking up and moving to Spain as a young entrepreneur or business person, you’re probably wondering whether or not it’s worth it financially or otherwise.

We’re here to tell you that it absolutely is.

Spain has become the land of opportunities for foreign investors looking to start new business projects as it boasts a very stable economy. Now, with a $1.3 trillion Gross Domestic product (GDP), Spain has become the fourth largest economic power in Europe. It’s almost as if the country has reinvented itself since the impacts of the financial crisis that slowed its growth between 2008 and 2014 — so much so that it has created a type of ripple effect referred to as the Iberian dream.

Economic advantages aside, Spain also boasts a more laid back culture in both business and in general life. There is no doubt that once you get used to doing business in Spain culture-wise, you’ll begin to feel the effects of the Iberian dream yourself and find that you made the right decision in relocating.

In this article, we’re going to talk about all the things that make Spain the perfect place to relocate for business purposes.

Why Do Business in Spain?

The best business opportunities in Spain are often the ones individuals create for themselves, as the country — Barcelona, specifically — is becoming one of the world’s most notable startup capitals. In fact, there’s already a long (and growing) list of young and famous Spanish entrepreneurs that are worth reading up on before you relocate, and it’s all thanks to the growing investment opportunities in Spain.

Of course, you don’t have to be an entrepreneur to find success working in the country. The world of work is spinning in favor of international hiring, which means there’s a good chance you’ll be able to find a top-paying job within your field without too much resistance.

Now let’s talk about the advantages of doing business in Spain:

The Country Has a Powerful Economy

The country is also home to a population of 46.6 million people and receives upwards of 82 million tourists each year. While there are plenty of advantages and disadvantages of tourism in Spain, it still contributes to a minimum of 16% of the country’s GDP — making it the third most important sector after the industrial and business/banking sectors.

Additionally, being a member of the European Union, Spain has access to the world’s largest market. The European Union as a whole has a population of 500 million people with a per capita income of around $35,990 (USD). Within the EU, businesses, investors, and traders enjoy the benefits of the free movement of goods, capital, services, and people.

They also reap the benefits of trading without tariffs as well as a strong, singular currency: The Euro.

It’s an International Hub For Business and Trade

Due to its location, Spain sits in a very well-connected position which allows it to continue being an open and competitive market. Moreover, the Spanish trade market spreads across the Middle East, Northern Africa, and Latin America, and the relationships among these various locations have remained strong and contribute to the county’s overall economic and business growth.

In just the past five years alone Spain has seen consistent growth in its foreign trade sector, which is mostly due to improvements in the country’s productivity and moderation of wages. The country also has a number of Free Trade Agreements and is a member of both the World Trade Organization (WTO) and the General Agreement on Tariffs and Trade (GATT) — both of which have boosted Spain’s trade position significantly.

To put things into a better perspective, Spain is the 11th greatest global exporter of commercial services, with a networth of up to $115 billion (USD). The country’s internationally exported services, barring tourism, reached approximately $138 billion in 2019. 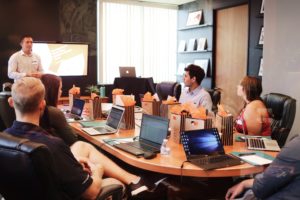 There’s a Solid Infrastructure and Networks

According to the Global Competitiveness Report from 2007-2021, published by the World Economic Forum (WEF) Spain garnered a score of 75.28 out of 100 for its infrastructure and logistical services.

As mentioned earlier, the country has also become a leader in the tech industry, specifically advanced IT and telecommunications technologies. In fact, Spain is home to one of Europe’s most important Information and Communications Technology (ICT) markets.

As of right now, there are more than 33,000 ICT companies in the country, including digital content agencies, employing over 470,000 employees. This allows for international companies moving operations into Spain to enter into joint ventures with established Spanish companies, which only strengthens their presence in the region further.

There’s a Stern Focus on Investment, Research, and Development

Spain is a country that prides itself on its continuous research development (R&D) as well as its investment frameworks. There are several financial and tax incentives in place for any activities which greatly contribute to the country’s economy, including non-refundable subsidies, soft loans, and even a combination of the two.

The country also puts a lot of emphasis on promoting permanent employment, productive investments, and technological innovation. It should be noted that while Spain doesn’t invest as much into its R&D as other EU members — it’s expenditures come out to approximately 1.2% of its GDP — there’s still a heavy focus on innovation, which has clearly contributed to the country’s growing competitiveness factor within the open markets.

Tech and Innovation Is on the Rise

Once again, tech and innovation are at the forefront of the best business opportunities in Spain. Both Catalonia and Barcelona represent the major players of this thriving ecosystem within the economy, although Barcelona is still referred to as the startup capital as the city is essentially home to an endless amount of tech leaders.

For example, several well-known startups such as Ulule, Glovo, Typeform, Badi, and many more are headquartered right in the heart of Barcelona. Many of these tech-based startups have made a lasting international impression which has since attracted even more interest for forein investors and founders to Spain.

Barcelona is also home to other incubators and innovation hubs which contribute further to knowledge and exchange activity. Spain has a very modern and knowledge-based economy, in which services contribute to 75% of all business activity. The country puts a stern focus on international innovation, which is considered to be a movement powered by the country’s young and high-qualified workforce taking part in highly competitive costs and working conditions that rival the rest of Western Europe.

Setting up your own business in Spain as a foreign entrepreneur isn’t as challenging as you may think. There are so many ways you can create a business from scratch, even if you don’t want to become a subsidiary or branch of your own business located in your home country.

Arguably one of the greatest benefits of starting your own business in Spain is that the country’s tax system makes foreign investment a breeze. The Spanish Tax Agency (STA) has a completely computerized system where you can arrange most of the procedures right online. Additionally, the tax burden is surprisingly minimal as it remains under the average burden of the EuroZone and EU-28.

You’ll also reap the benefits of paying less tax compared to other countries.

Are There Any Disadvantages of Doing Business in Spain?

In reality, there are disadvantages to everything. In terms of doing business in Spain, you will face a more competitive experience, but that’s true for any hub of trade and commerce where startups are taking over.

The disadvantages of doing business in Spain are mostly law-related. For example, there’s a lot of red tape you’ll have to navigate once you obtain your NIE. Of course, that’s where we come in — We’re Avalanding, and we’re the company you want to work with if you’re dreaming of relocating to Spain.

Here at AvaLanding, we have a complete team of in-house economists, relocation specialists, accountants, real estate professionals, and lawyers. We’re also all bilingual, and we’re ready to offer you our full suite of consultancy services for all your professional and personal aspects of moving to Spain, getting settled, and starting a business.

Our main office is located in Barcelona, but we can help you regardless of which city you choose to relocate to. Contact us today to learn more about how we can help you get started on your new life in Spain as an expat. 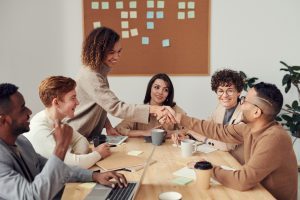 Term Sheets and Investing in Spain: What you need to know 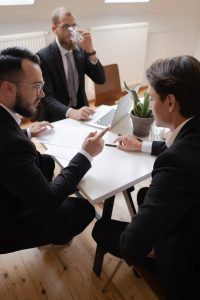 Due Diligence Checklist When Acquiring a Business in Spain

So, you’re thinking of acquiring a business in Spain. Congratulations! Spain is a beautiful country with a rich history, a vibrant culture, and a robust 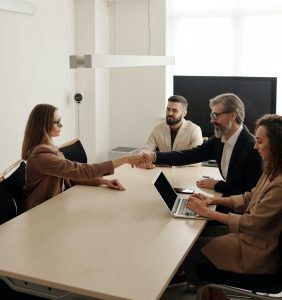 Do you feel like you’re finally ready to be your own boss in a country far from home? Or maybe you’re just sick of the