Taxes for Freelancers and the Self-Employed in Spain

The idea of becoming self-employed so you can work remotely anywhere in the world is the new American dream, only that dream has gone global.

Schedule a meeting with us

Many freelancers all over the world are flocking to Spain where they can sip sangria by the water while they work and enjoy all that Spain has to offer—including the excellent quality of life the country has to offer.

Of course, before you settle into the Spanish lifestyle, it’s important to understand how self-employment taxes work in the country. In this article, we’re going to dive into the world of taxes for freelancers and the self-employed in Spain, including how to file them, the deductions you can make, and everything else you need to know.

Which Taxes Are Paid by Freelancers and the Self-Employed in Spain?

Freelancers and the self-employed in Spain have to pay what is referred to as the Impuesto sobre la Renta de las Personas Físicas (IRPF)—aka, personal income tax. The tax rate for freelancers in Spain is the same rate for everyone else paying income taxes in the country, self-employed or not.

Technically, if you spend more than 183 days per calendar year in the country, you’re considered a tax resident. This applies to anyone that lives and works in another country for the remainder of the year.

Therefore, when paying your taxes in Spain, you’ll have to abide by the country’s calendar year from January to December. That means every self-employed worker should file a quarterly tax return every three months—January, April, July, and October.

Freelancers and self-employed individuals will also have to make extra tax declarations each year. We’ll talk about the deductions in just a moment, but for now, it’s important to understand what you would be declaring under these specific employment terms.

Your declarations will include:

Corporate taxes in Spain are reserved for limited liability companies and given a flat rate of 25% on profits. Other tax rates may apply aside from the flat rate, but it depends on the type of corporation you’ve chosen and the type of business you’re running.

It should be noted that resident companies are taxed based on their worldwide income, and not just by Spain’s rates.

Newly-formed corporations are taxed at a 15% tax rate for the first two tax periods obtaining a taxable profit. However, this special tax rate could not apply to equity companies or newly-formed companies that are part of a national or international group. 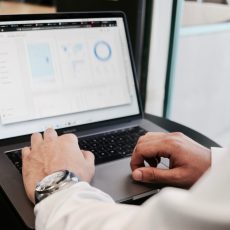 Registering for Freelance Tax in Spain

If you’re already living in Spain or have invested in, bought, or sold a property, you’re likely already registered with the country’s tax authority. This also means you already have an NIE number, which can be searched for in the tax authority’s database.

If you don’t have your Spanish NIE number yet you’ll need to fill out a form, known as Modelo 030, which is the application for the NIE. You’ll need to present your NIE number to your local tax office to complete your registration.

You’ll also need to provide other important documents, including your passport and an up-to-date certificado de empadronamiento (your census record). You can get your certificado from your local municipal hall, and you’re permitted to send in these documents online—as long as they’re translated to Spanish.

When you’re paying taxes as a freelancer in Spain, you’re entitled to certain deductions on your tax returns. Of course, you’ll need the proper invoices and receipts as proof.

The most common deductions you’re entitled to include the following:

In addition to these deductions, self-employed business owners can also claim depreciation or amortization on all of their assets, excluding land. The tax authority has a specific table of guidelines that identify the maximum rates per year and the maximum number of years for each type of asset.

Of course, in order to deduct these daily allowances, you’ll have to pay by credit or debit card so you can produce the receipts and statements. These allowances are also only deducted on working days—and for business only.

If you’re a freelancer who works from home, Spain’s tax authority specifies other partial deductions you can make. For example, supplies and utilities including water, electricity, gas, telephone, internet, and so on.

This partial deduction is approximately 30% of the above-listed expenses and is also proportionate to the square meters of the space within your home used for work activities. Anything greater than this proportion would have to be proven, for example, if you had an office space for administrative tasks and a workspace where you physically create products for your business.

To get these at-home deductions you must register your home address as your work address when registering as an aútonomo. With regards to vehicles, you can also deduct a certain amount for your vehicle (if you have one) and up to 50% of the expenses for your vehicle provided you can prove you were using it for business purposes.

How to File Your Taxes as a Freelancer in Spain

As an aútonomo, once you register with the tax authority, you’ll be required to declare your net income every three months. So, if you’re declaring your income in January, you would have to account for your income from October to December, paying 20% of your income tax in advance.

The form you would use to declare your income is the Modelo 130. This is the form you’ll fill out each time you declare your income taxes unless 70% of your clients are proffesionals or companies that makes a withholding tax on the fees paid to you. In these cases, no queterly tax forms will be compulsory.

The yearly form is the Modelo 100 (Declaración de la Renta), and it summarizes the income and taxes paid throughout the previous year.Taxes paid thorugh the 130 tax forms will reduce the tax to be paid under the 1000 tax form.

VAT for the Self-Employed in Spain

Of course, certain services, such as educational goods and services, artistic endeavors, and some forms of writing are exempt from this 21% rate.

Using the form Modelo 303, you’ll need to report and pay your IVA every quarter (January, April, Julñy and October). In addition, in January tax form Modelo 390 will summarize the Vat situation for all the year. All of this can be done online.

As a self-employee, you’ll be required to pay social security contributions.

Paying social security contributions allows you to receive health care, and after 15 years, a pension (very little). You can choose to pay more than the minimum amount if you’re working towards a higher pension or make higher contributions so you’ll receive more coverage for accidents or sickness.

Regardless of your earnings, if you don’t make these contributions you’ll end up getting fined.

Social Security Rates for Freelancers and the Self-Employed

Starting in January 2021, the lowest contribution level would be €289. However, for the first 12 months, new freelancers only have to pay €70 per month.

Learning how to pay your taxes as an autónomo or self-employed business owner in Spain may take some time to learn, especially if you’re not used to paying social security and pension contributions on you’re own.

If you’re new to the country and adjusting to the way taxes and business work, it’s a good idea to call in the professionals. We have a team of relocation experts including lawyers, real estate professionals, accountants, and more ready to assist you and make you feel at home.

Contact us today to see how we can help you make Spain your new home.

What to Expect From Your Salary in Spain 2021

The last question that’s generally asked by recruiters and some interviewers is what are your expectations salary-wise? Book Your Zoom Meeting now Of course, when 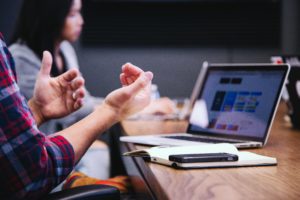 2021 Tax deductions in Spain For the Self-Employed

Moving to Spain as a freelancer or self-employed business owner is exciting. The quality of life offered in the country is excellent and there’s so