What You Need to Know About Residency Permit Applications in Spain

If you’re thinking about moving to Spain from outside of the EU, you’re going to need some sort of residency and/or work permit. The Europeans also have some bureaucracy to tackle to get the residency certificate, but the process is simpler: you already have the right to live and work in Spain for the mere fact of being European, it is just a question of presenting some paperwork and registering you correctly in the right places. If you have a European passport, please contact us to get you the resident NIE certificate – if not, keep reading! Considering that there are a lot to choose from for the non-Europeans, in a manner of speaking, it can become quite cumbersome when sifting through all of your options.

In this article, we’ll give you an overview of some fast facts you need to know regarding Spanish residency permits as well as the different kinds available. By the end of this article, you’ll have an understanding which type of permit is best for you and who to contact for all the extra stuff.

How to get a Spanish Residency Permit

There are over 20 different options when it comes to garnering your Spanish residency permit, and you most likely qualify for more than one. That’s the good news.

However, before we get into the different types of visas, permits, etc., there are a few things to be aware of. For example, although the Spanish Public Administration is digitizing fast, you will still have to take care of some things in person at the consulate.

Residency permits typically require that you spend for more than 6 months in a year in Spain – which automatically makes you a tax resident in Spain. The Golden Visa is the only exception. It does not have any maximum or minimum requirements regarding the days you spend in Spain within the tax year, so you can decide the tax residency by yourself, by simply staying in the country under or over the 6 months limits.  Whether you want to become tax resident or not, depends on the level of taxation in your country of origin.

For example, if you come from the Bahamas where the personal income tax rate is 0%, you prefer to stay tax resident right where you are. On the contrary, if you come for example from Sweden, where the rate is 57%, you are much better off being tax resident in Spain. Our tax department can make you the simulation based on your current situation and you can then make an informed decision on how to proceed.

Keep in mind that the process of gaining a residency permit can take months, so it’s critical that you get your documentation in order from the very beginning. One mistake in paperwork can cost you a few months.

Those documents will most likely need to be sworn in and translated by an authorized translator and then notarized. Depending on your country of origin, you’ll either need to go the apostille route or the legalization by the Spanish Consulate route.

Many residency applications require the applicant to garner private health insurance. This could be a foreign insurance policy as long as its coverage expands to Spain. The health insurances in Spain are cheaper than in most of the countries, so you probably want to have one from here. We are delighted to recommend you trustworthy companies that can get you covered.

Now that we’ve gotten the tidbits out of the way, let’s get to the important stuff: The various residency permits that you may or may not be able to get your ex-pat hands on.

There Are Several Types of Residency Permits

For non-Europeans, there are several different types of residency cards you may qualify for. Here are the details:

The tourist visa is also referred to as the Schengen visa or short-term visa and allows you to stay in the country for up to 90 days within each period of 180 days. Some nationalities do have this right automatically included in their passports (Americans, Canadians, British, Latin Americans), and others need to apply for the tourist permit from the Spanish consulates in the origin. We are happy to assist you with the consulates if need be.

If you’d like to retire to Spain or live here for a period of time and you don’t wish to work, then this is the visa for you.

All you need are the following:

Investor visas, otherwise known as the Golden Visa, is arguably the easiest way to get your residency here. It was created to attract foreign investment to Spain. To qualify for an investor visa, you’ll need to invest 500.000€ in Spanish real estate, by shares of a Spanish company by 1 million euros or buy Spanish bonds for 2 million euros. We have presented hundreds of successful Golden Visa applications for our clients, and curiously, none of them have chosen the bond option…

If you’re planning on studying for your Masters or Ph.D. or participating in a research program in Spain, this is the visa you want to go for. This visa will allow you to work, get an internship, and study in the country with the advantage of allowing you to transition towards a work permit afterwards—minus the extra paperwork and other visa requirements.

If you’ve been offered a job as a highly qualified worker, the application procedure can be done in Spain. This permit requires that you have university studies, you’ve been leveraged in a technical position or as a manager and are projected to earn over 40.000€ per year.

If you plan to set up a business and become a resident at the same time, you’ll likely qualify for a business residency permit or entrepreneur visa. Bonus points are given, if what you’re doing is of economic interest for the country, involving high levels of technology.

There’s also a self-employed work permit for other business categories if you don’t meet the requirements of the above.

All you really need to meet the requirements are your passport, current permit, and the proper paperwork filled out, and voilá! – you’re approaching Spanish citizenship.

Let Us Help You with the Rest

If you’re planning on relocating to Spain now or in the future, you’re going to need our help. We have a team of bilingual lawyers and in-house economists, relocation specialists, accountants, and real estate professionals.

Contact us today for a consultation so we can start planning your ex-pat future in Spain.

One last thing—you’re going to need to learn some Spanish too. 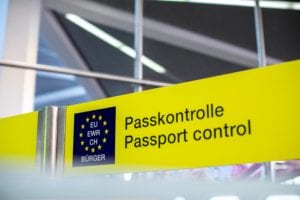 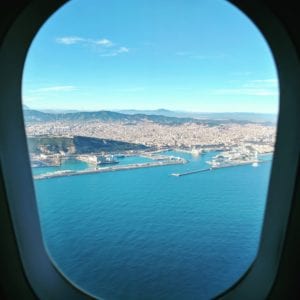 Getting your NIE number in Spain is both simple and complicated at the same time. The frustration can be chalked up to Spanish bureaucracy and