Since Spain got out of the great recession that endured from 2008 to 2014, it has come a long way and has become one of the leading economies of the world again. To escape the crisis, one of the remedies the Spanish government was to facilitate foreign investment in Spain. In this article, we discuss the Spanish recent economic history, the benefits of investing in Spain, and the various opportunities the country offers.

In the ’90s, the Spanish economy enjoyed strong economic and employment growth. After joining Eurozone in 1999, the interest rates plummeted, and the property business flourished. Spain had a booming economy that surpassed that of Italy and was catching up to France.

The largest generation in Spanish history was born in 1975, and these people reached the age of buying homes in the 90’s, so there was natural demand for construction. The property prices rose, and speculators saw the light and started promoting and buying.

In the beginning of the first decade of 2000, to push down the labor cost in construction, Spain gave work permits for 5 million immigrants to work mainly in the construction. At the same time, the banks financed 100% of the acquisitions of non-solvent property buyers expecting that the prices keep on soaring – and they did, for more than a decade, from 5% to 10% annually.

In the crazy first years of this millennium, 800.000 apartments were constructed annually in Spain, which was more than in UK, Italy and Germany in total. The natural demand at that time was 350.000 apartments every year.

When the Spanish banks ran out of money to give out mortgages, they borrowed more from German and French banks. In 2007, 20-35% (depending on how you calculate it) of the GDP of Spain was construction.

In 2007 the US subprime mortgage crises affected global markets: Spain started to have difficulties in getting loans from international banks. European Central Bank rose the interest rates and Spanish banks started failing.

At the same time in Spain the natural demand of the housing dropped, since the birthrate after the 70’s dropped by 40%. The speculators saw it coming and started to sell. Between 2008-2014, property prices fell about 30% on average.

Getting back on track since 2014

To overcome the downfall, the government had to adopt major reforms in the infrastructure. The legislation regarding foreigners investing in Spain was revamped and this benefitted foreign investors. In 2017 The New York Times wrote an article with the title: “Spain’s long economical nightmare is finally over”. The economy indeed was growing again.

In 2019, with a GDP of approximately 1,2 trillion €, Spain became the 13th largest economy in the world. Since the crisis, Spain’s export sector has grown from around 24% of GDP to 35%, which has helped generate a current account surplus. The inflation is under control, which prevents a loss of purchasing power and improves competitiveness.

Also this has happened since 2014:

The property prices in the attractive cities of Spain, such as Madrid, Barcelona or Valencia are significantly below the prices of similar cities in the central or northern Europe (such as Paris, Berlin, London or Amsterdam).

Spain has a magnificent geographical location for doing business, as it is well connected, and a bridge between Europe, Northern Africa and Latin America.

In recent years, unit labor cost has been reduced in Spain while in all the other European countries it has increased by about 10%. Thus, if you invest in Spain now, you will have a workforce that is 25% to 30% cheaper than the other countries in Europe.

From the time of the great recession of Spain, the government has aimed to improve the economic condition of the country by attracting foreign investors. As an example, in 2013, the government of Spain created a program that would provide faster residency along with other benefits to non-EU citizens with an investment of €500,000 on properties in Spain. This is known as the Golden visa or the investor visa program for non-Europeans investing in Spain.

In different studies, Spain has always ranked among the countries with the best quality of life in the world. For example, according to the latest HSBC Expat Explorer Survey, Spain is the 4th best country to work and live. The important factors that ex-pats in Spain appreciate most are the personal safety, the good weather, the health-care system, the culture and the gastronomy.

The weak points are on the professional and financial fronts. Spain is not the best place to make a good salary. On the other hand, this is good news for the business, since the companies can get talented workers for less pay.

One of the biggest trends boosted by the lockdowns in 2020 all over the globe, is the phenomenon of working remotely. This benefits Spain. If you can work freely from wherever in the world, why wouldn’t you enjoy the quality of life that few countries can compete with Spain?

Our lawyers, economists, real-estate professionals and business strategists will be happy to have a free on-line chat with you to help you to get started. 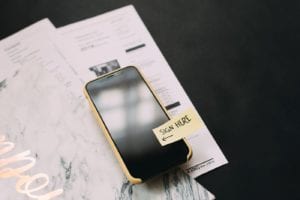 Real estate opportunities in Spain? Real estate shopper vs. the traditional agents – which one works better?

There are two ways of finding real-estate opportunities in Spain: Option 1: The Traditional Real Estate Agent The first option to locate the best investment 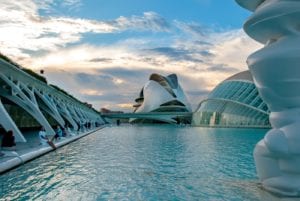 Investing in Spain? Find out if you are TinTin, Simpson or Uncle Scrooch

Leave your details, and we will be in touch by email immediately