2021 Tax deductions in Spain For the Self-Employed

Moving to Spain as a freelancer or self-employed business owner is exciting. The quality of life offered in the country is excellent and there’s so much about the Spanish lifestyle and its history to love.

Of course, becoming a working resident of Spain or any country for that matter also requires that you pay income taxes.

Unfortunately, taxes are the one thing you just can’t escape, no matter where you go. That’s why it’s important to not only understand how self-employment taxes differ from the standard employment taxes but also the type of deductions you’re eligible for as a self-employed individual.

In this article, we’ll get you up to speed on the current tax situation for the self-employed and freelancers in Spain, as well as what you can deduct to help you maximize your earnings.

In Spain, anyone who is self-employed or does freelance work is referred to as autónomos (autonomous). When it comes to taxes in the country, freelancers and those who are self-employed must pay the Impuesto sobre la Renta de las Personas Físicas (IRPF), or personal income taxes.

It is also up to the Agencia Tributaria—the tax authority of Spain also referred to as La Hacienda—to determine everyone’s tax liabilities. However, the self-employed and freelance workers are expected to pay their personal income tax at the same rate as regular employees and business owners.

The rule of thumb for both part-time residents and full-time residents is that if you spend more than 183 days of the year in Spain, then you are officially a tax resident. It doesn’t matter if you live or work in another country for the remainder of the year, 183 calendar days makes you a tax resident and responsible for paying your determined share.

Spain’s calendar year runs from January to December, just like that of the United States and Canada. Therefore, all self-employed workers are responsible for filing their quarterly tax returns every three months, which works out to January, April, July, and October.

Additionally, all freelancers and the self-employed must make a few extra tax declarations each year compared to their standard-employed counterparts.

These declarations include the following:

However, there are certain instances in which you can skip some of these declarations. This mostly pertains to partnerships.

Taxes and Partnerships in Spain

In Spain, there are several different kinds of business partnerships you can form as a freelancer or self-employed worker. They’re referred to as the Comunidad de Bienes (the partnership that’s based on joint ownership of a business and its goods and properties) and the Sociedad Civil (the private partnership agreement for a single, specific business) that will be taxed under Corporate Income Tax if the carry out an economic activity.

As a freelancer or self-employed individual, you may opt to file your business entity under a corporation. As mentioned above, there’s a flat rate of 25% on all business profits for limited companies functioning as a corporation in Spain.

Additional tax rates may apply as well, depending on the type of company you’re running. For example, resident companies are subject to be taxed on their global income if they do business outside of the country.

For the newly created businesses that operate as corporations, there’s only a 15% tax rate for the first two tax periods in which they’re generating profits. However, this incentive isn’t offered to national or international groups or companies that don’t carry out any business activity, such as equity companies. 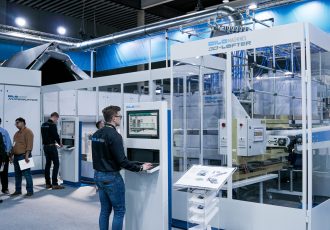 Registering for Freelance Tax in Spain

When it comes to paying your income taxes as a freelancer or self-employed business owner in Spain, you’re going to need a Spanish NIE number. If you’re already living and working in Spain or have bought or sold property there recently, then you’re likely already registered with the tax authority.

If you aren’t yet registered with the Spanish tax authority, you’ll need to download and fill out Modelo 030 (Form 030). Once you’ve filled it out you’ll need to bring it to the local tax office along with your NIE card, passport, and most recent certificado de empadronamiento (census record). Registration through Tax Authorities web page, attaching the detailed documents, it is also possible

Tax-Deductions in Spain For Freelancers

When you pay freelance or self-employment taxes in Spain, you’re also entitled to certain deductions and tax credits.

You can claim your deductions on your yearly tax return for the following items:

However, it’s important that you can provide the proper invoices and receipts for all of the above. Otherwise, you won’t be able to legally claim them as deductions on your tax returns.

Additionally, as a business owner, you’re able to claim depreciation or amortization on all of your business assets—except for the land that your business is on. If you need a reference, the Spanish tax authority has a detailed table of guidelines that identify the maximum deductions rates per year as well as the maximum number of years per asset type on their website.

If you’re a freelancer who works from home, the Spanish tax authority offers a designated list of specific partial deductions that you can claim on your tax returns.

Those deductions include utility expenses such as water, electricity, gas, telephone, and internet. The standard amount is usually up to 30% of these expenses in respect to the square meters of the room in your home where you carry out your work, such as an office.

Of course, for these deductions to apply you’ll need to make sure to register your home address as your “center of economic activity” when you register yourself as a freelancer or self-employed business owner. Additionally, if you also use your vehicle to conduct your work then you’re entitled to deducting up to 50% of any expenses regarding transportation for both your income tax and Spanish VAT.

Lastly, there’s a new regulation that allows freelancers who work from home to claim up to €26.67 per day (€48.08 if you’re working outside of Spain). This is like a “per diem” to cover food expenses if you need to eat away from home while on business.

For overnight trips, you’re entitled to deduct up to €53.34 per day within the country and up to €91.35 per day when working abroad.

More importantly, these per diem expenses can only be deducted if you pay by credit or debit card (electronically) so that you’re able to produce receipts with dates and times. It’s also important to keep in mind that all payments must be made on working business days.

VAT For Self-Employed People in Spain

The freelance tax regulation in Spain also involves the VAT, which designates that all businesses must pay a 21% fee regardless of annual profits.

However, there are some things such as education services, artistic endeavors, and certain forms of independent writing that are exempt from the VAT rates.

Additionally, you’re required to pay the VAT every January and you must report it each quarter using the Modelo 303 form and use the Modelo 390 form to complete your annual declaration. (All of this can be done online. If you provide the exempt services then you won’t have to submit a VAT return but this also means you can’t reclaim the VAT for your business expenses).

You may also be exempt from paying the VAT tax on goods and services if your business deals with customers (as in vendors) that are outside of Spain but still within the European Union (EU). This is because they are responsible for paying their own VAT at their country’s designated rate.

If your work involves vendors or customers outside of Spain and within the EU, then you must register with the Agencia Tributaria to get issued a special tax number that will allow you to make quarterly declarations regarding your international business activity.

Lastly, if you are selling digital services to customers within the EU, you’ll  could be responsible for charging a VAT at their country’s rates.

When you’re earning more than the Spanish minimum wage on an annual basis as an autónomo, you’ll be required to pay social security contributions. By paying into these contributions, you’ll be entitled to health care and after 15 years, a pension.

While you’re only required to meet the minimum contribution, you can opt to pay more if you wish to receive a higher pension later on or be covered in the event of a work accident or illness.

If you fail to make your contributions, you’ll be fined 10%—unless you have officially taken maternity or paternity leave.

As of January 2021, the average social security rate for freelancers is 30.6%. This means that if you’ve been paying on the lowest level, which is €289 per month, you’ll now see a €3 increase with the maximum contribution level set at €1,233.20. At the highest level, you’ll be seeing a €12 increase each month.

However, starting in 2018, any newly registered autónomo became eligible for a flat-rate monthly pension contribution. For the first 12 months, new freelancers only have to pay €50 per month. For the following six months they are responsible for paying €137.97 per month—and then €192.79 per month for the subsequent six months.

After a full 24 months of self-employment, all new freelancers will have to pay the standard rate as they will be fully assimilated within the business and tax world of Spain.

Learn More About Tax-Deductions in Spain For Freelancers

The ins and outs of taxes and deductions for freelancers in Spain can be a little confusing for first-time expats.

That’s what we’re here for.

Avalanding is the number one company to work with if you’re thinking about relocating to Spain. Our team employs English-speaking lawyers, economists, relocation specialists, accountants, real estate professionals and much more.

We can offer you a full-service consultancy for all the professional and personal details regarding your move to Spain. Contact us today to schedule a consultation or with any questions you may have regarding our services. 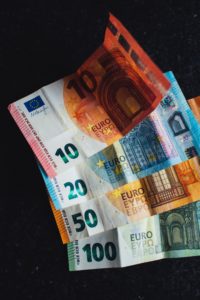 What to Expect From Your Salary in Spain 2021

The last question that’s generally asked by recruiters and some interviewers is what are your expectations salary-wise? Book Your Zoom Meeting now Of course, when 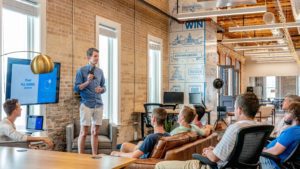 Taxes for Freelancers and the Self-Employed in Spain

The idea of becoming self-employed so you can work remotely anywhere in the world is the new American dream, only that dream has gone global.